The difference between virtual reality (VR) and augmented reality (AR)

The difference between virtual reality (VR) and augmented reality (AR) 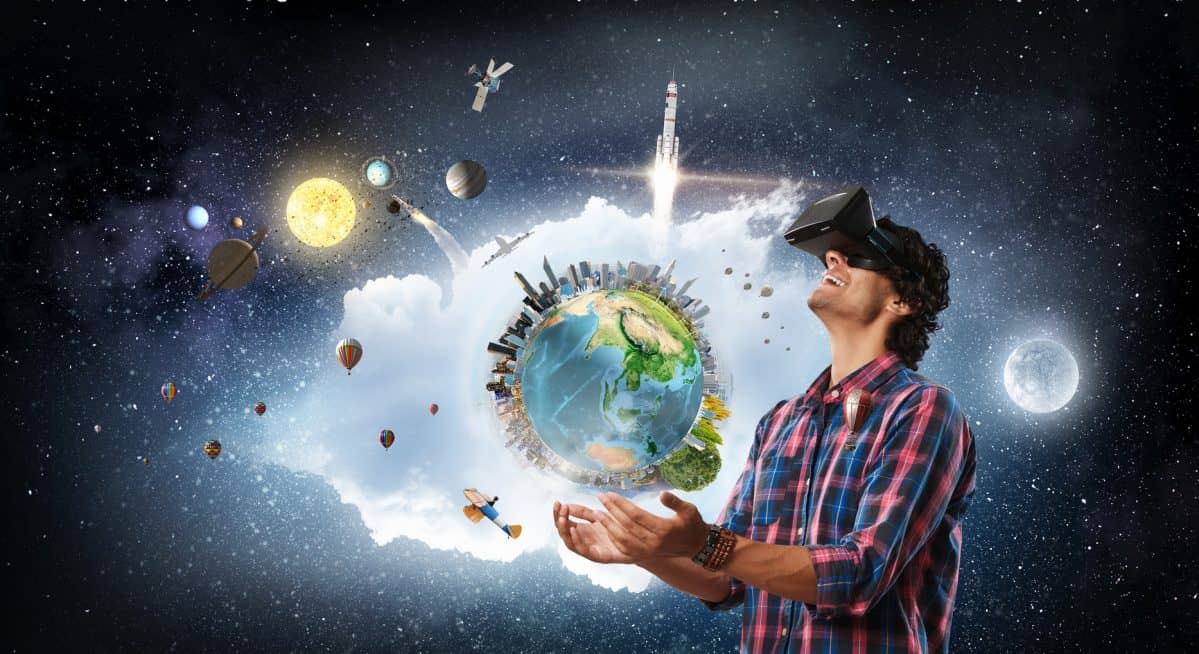 Thanks to faster, more powerful processors / computers, better graphics cards, sensors and cameras, faster internet connections and innovative possibilities in software development, countless new possibilities have opened up for VR and AR in the private and industrial sectors.

How do the two technologies differ?

To understand how the two technologies differ, we have the for those who want to know exactly and for everyone else who likes it short and sweet, theUnterschied zwischen VR und AR kompakt zusammengefasst. 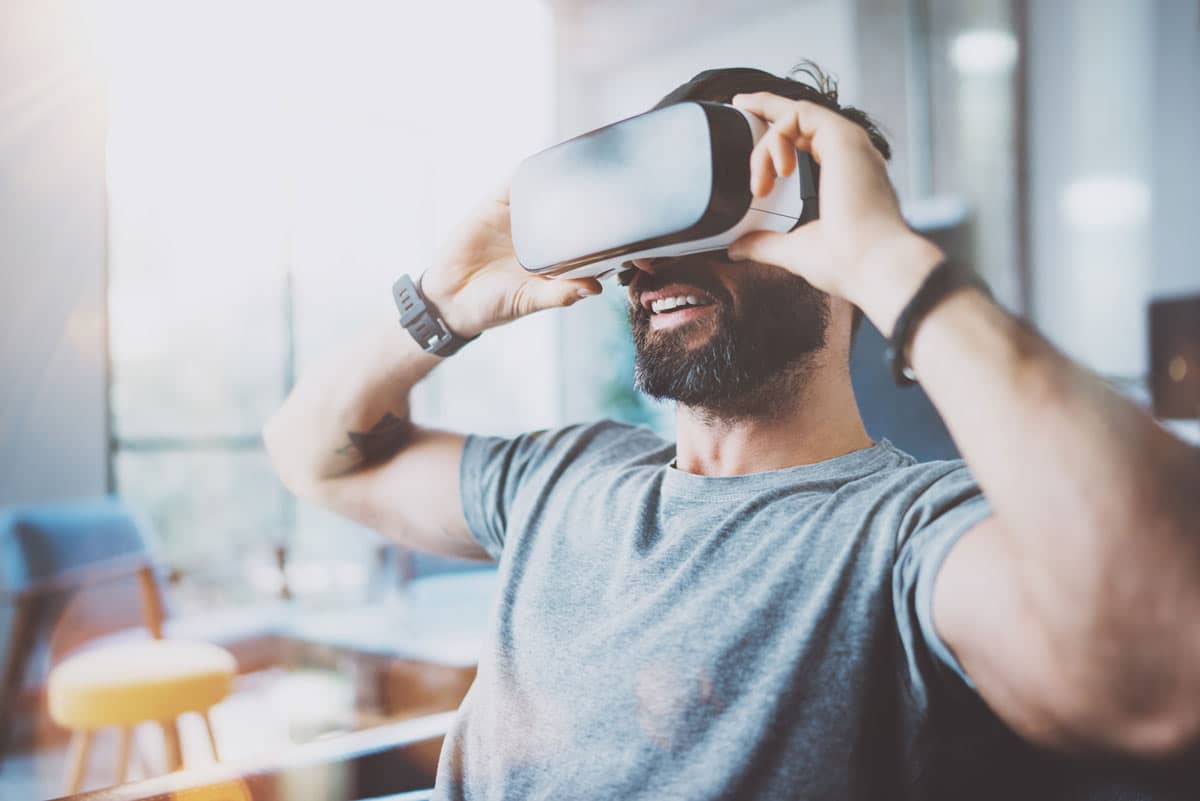 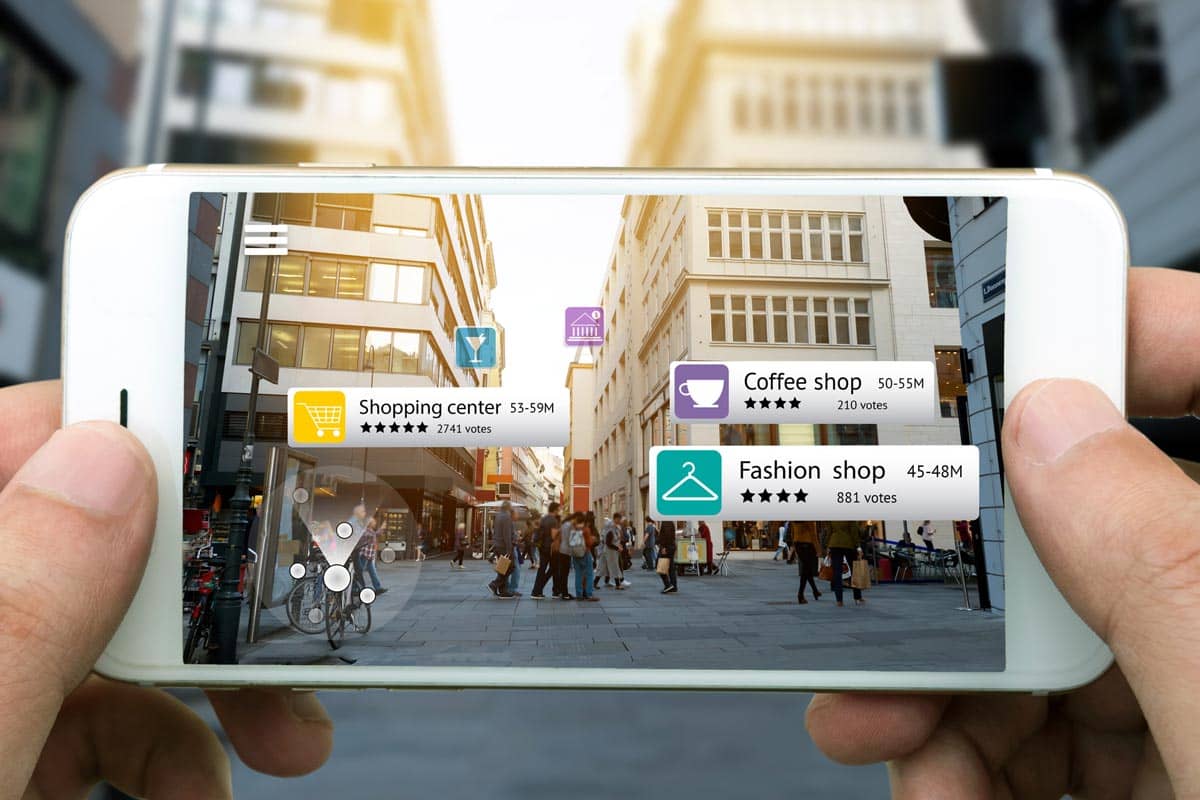 Virtual Reality (VR) enables users to experience a virtual 360 degree world, to view it from all sides, to move around in it and in the best case even to interact with it.

IMPORTANT: The user no longer perceives his real environment. Virtual Reality enables the experience of simple things such as 360-degree pictures, 360-degree videos – that everyone can also produce themselves – and complex applications such as virtual reality games or special virtual reality applications, e.g. for the automotive industry, medical technology, the tourism sector or innovative systems such as VR configurators.

360 degree images of cities e.g. with Google Street View or 360 degree images of real estate are now standard. In this way, the user can look at the new apartment or house from home – without being there. Look around in every direction, take a closer look at certain points and even zoom in – all no longer a challenge. The user has the feeling of being directly on site – this creates completely new possibilities, for example in real estate marketing, because the customer immediately builds a much stronger emotional bond.

This is exactly where the crucial difference between AR and VR lies. With Virtual Reality (VR) the customer HAS the feeling of being there, with Augmented Reality (AR) the user MUST be there to find out more information.

360-degree videos are the next level of 360-degree images and enable you to do a sightseeing tour in a distant city, visit a concert or an editorial report from distant countries from home. The first films are already being produced in 360 degrees. The user can experience the highlights – without having to be on site.

The new level of virtual reality are artificially created 3D worlds in which the user can completely immerse himself.

VR Games always offer new possibilities. Faster computers display the 3D worlds realistically and additional hardware such as VR gloves or controllers enable movement in the 3D world. For example, you can climb mountains, fight historical battles, ride a rollercoaster, steer spaceships or immerse yourself in dreamy worlds. What’s special: The user sees and hears them Not only does the 3D world – he also feels it. Standing on a cliff, you literally experience the fear of falling down the slope. On the roller coaster your heart really slips in your pants and underwater you have the feeling of floating. In short: VR is impressive. But you can only really have a say when you have mounted an HTC VIVE or OCULUS RIFT for the first time :-)

VR applications for the industrial sector

VR applications for the industrial sector are becoming more and more important. The applications are always specially developed for the needs of the respective company. Simulators for education and training purposes, therapeutic VR applications to overcome fears, VR product configurators for new cars, kitchens, smart home products, but also virtual presentations of new products as highlights at trade fairs, events and events … the possibilities here are no limits.

Virtual Reality is changing more and more from a gimmick to an industrial added value.

For example, training content can be conveyed better and faster, expensive rents, e.g. of retail space, can be reduced through better use of space, products can be marketed more emotionally and new prototypes can be experienced without always having to build them at the same cost.

CONCLUSION:
Virtual Reality will bring us a lot of joy and astonish us in the next few years – if you are ready to take this innovative path.

Augmented Reality (AR) means that the real world is enriched with virtual content.

Augmented Reality (literally: augmented reality, short: AR) is a digital technology in which the reality – i.e. all things that you are currently seeing – with additional information in the form of texts, graphics, animations, videos, static or moving 3D objects is added.

IMPORTANT: The user perceives virtual elements in their real environment. Augmented Reality brings books to life when they are scanned with a mobile phone camera, and provides city and tourist information Sights are created in apparently free space, offers great training opportunities for companies, enables interior planning by allowing chairs and tables to be virtually placed in your own living room.

Virtual objects and information are imported for the user in such a way that they perceive both the real world and the virtual overlays at the same time. Examples of applications for aug