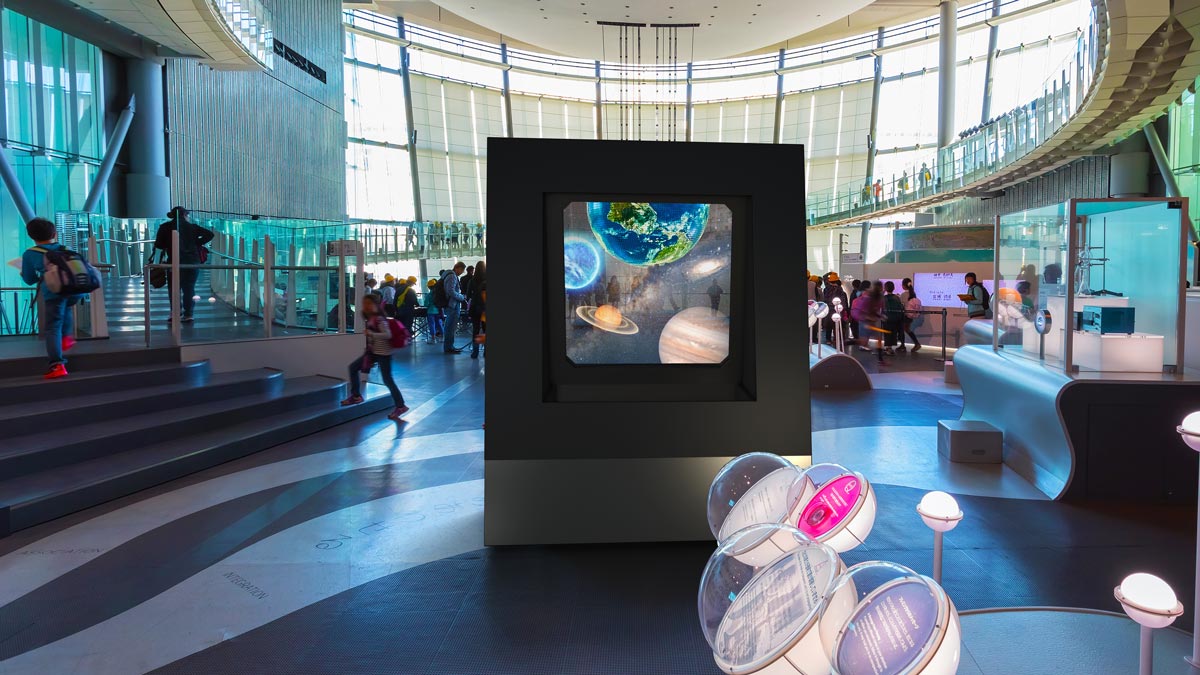 A special kind of eye-catcher!

A special kind of eye-catcher!

It’s new and unknown. Deep Frame is just as suitable for deployment at trade fairs and events as it is for integrating in museums or exhibitions. If a topic needs to be highlighted in a new way and with maximum public appeal, the unique holographic 3D effect is sure to be a source of fascination for viewers.

What makes Deep Frame so special?

What makes Deep Frame so special?

You do not need special augmented reality or VR glasses.

Just look through Deep Frame and you’ll see a holographic 3D world that seems to float freely in space and at the same time merges with the real surroundings.

Whether planets, aircraft, trucks, dinosaurs or entire factories – with Deep Frame you can decide for yourself how large and how far away 3D objects should appear in space.

The effect is generated by the key component of the augmented reality display, a specially developed lens that has previously only been used in space telescopes. 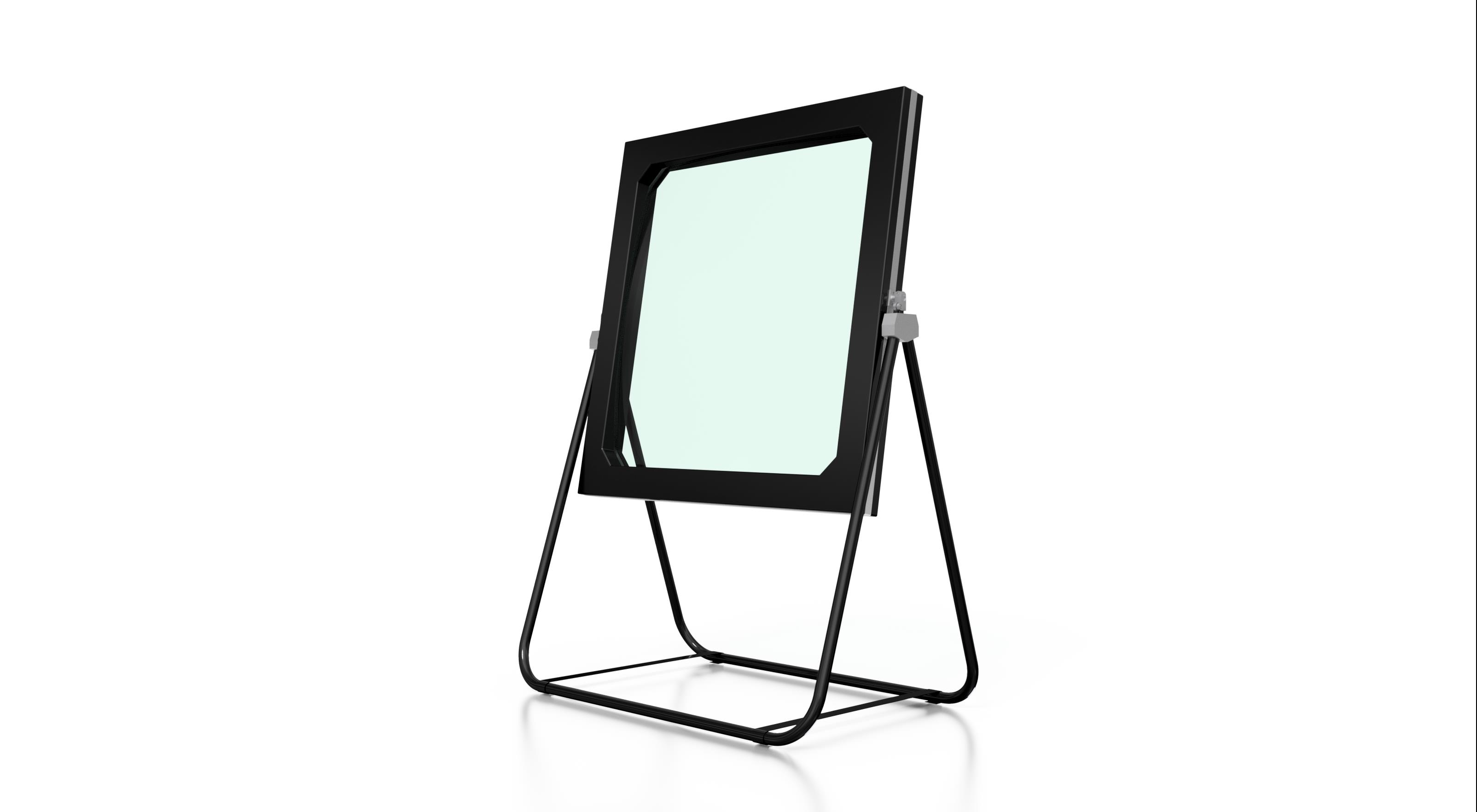 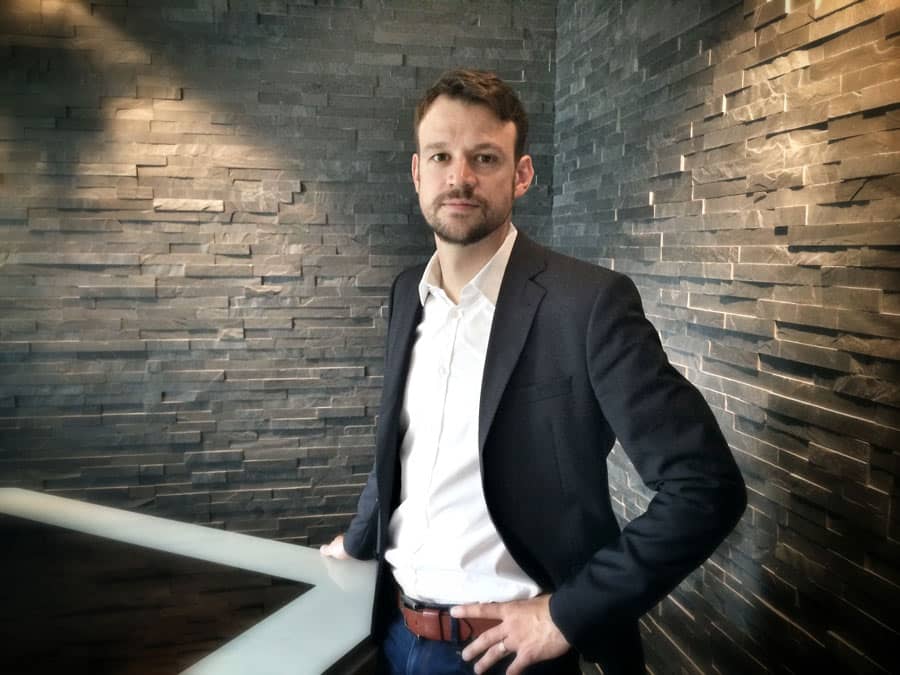 “15 years I have regularly provided support for trade fair projects – but never experienced an attention-grabbing effect like that generated by 3D holography. The viewers’ fascination is unimaginable and starting a sales pitch is so easy – I wouldn’t have thought it possible. Deep frame is new, different and impresses its audience like no other marketing tool.” 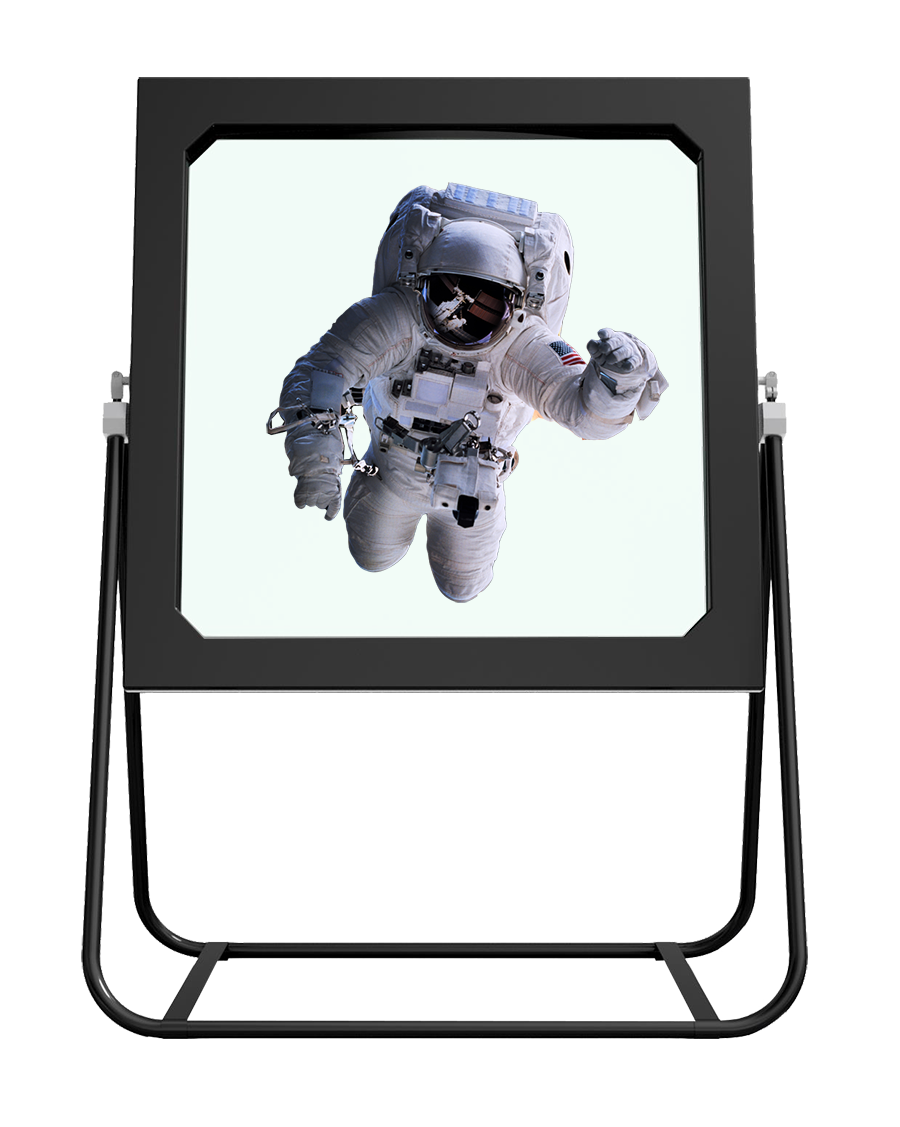